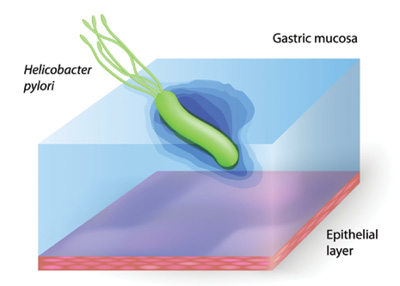 One of the questions on your office’s health history form should ask whether the patient has had any gastric or duodenal ulcers. When a patient responds yes to this question, what follow-up questions do you ask? What concerns you about the patient’s response? Many times, we do not delve as deeply into patients’ medical histories as we should.

One 24-year research study of more than 51,000 male participants found a relationship between gastric and duodenal ulcers and periodontal disease: “In this prospective cohort of men, [the study’s authors] found that periodontal disease with bone loss was associated with an increased risk of gastric and duodenal [ulcers]. The association appeared largely consistent for gastric and duodenal ulcers as well as H. pylori–positive and H. pylori–negative ulcers. These observed associations persisted even after adjusting for putative risk factors, including smoking, alcohol intake, and regular use of aspirin and NSAIDs.”1

The study authors hypothesized that the oral microbiota changes that keep periodontal tissue from healing can also keep ulcers from healing in the GI tract.1

Another study found a possible association between poor periodontal health and H. pylori infection.2 Helicobacter pylori is a gram-negative bacterium that causes duodenal and gastric ulcerative disease. The study authors discovered that this bacteria can be found in deeper pockets of those with periodontal disease and that it can be found in those patients’ saliva and plaque biofilm.2 About 41% of the individuals who had pockets measuring 5 mm or more also tested positive for H. pylori.2 This, of course, does not mean that one causes the other, but it does suggest a link we need to study further.