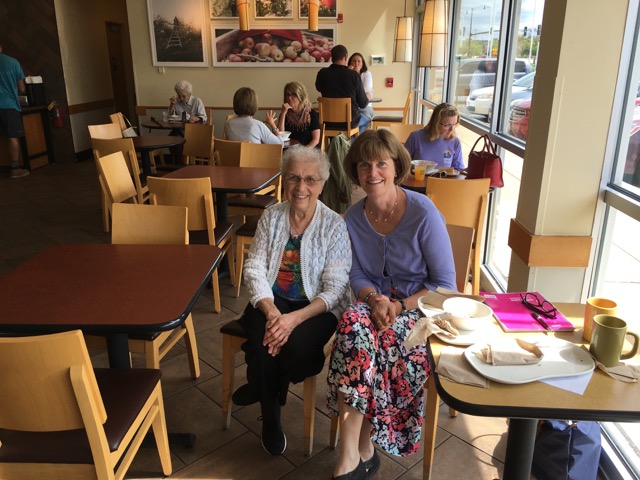 It was a cloudy and drizzly late August morning, and I sat in a coffee shop having the most delightful conversation with a bright ray of sunshine.

Sarah Tarara, at the young age of 83, still practices dental hygiene. That’s right—you read that correctly. It’s not often I meet someone with twenty years more experience than I have (me being at 37 years). But here she was, right in front of me.

Sarah was a wealth of information, and she had an intense kindness that showed through so strongly right from the start of our conversation.

I learned about Sarah through Tracy McConnell, RDH, a fellow Illinois Dental Hygienists’ Association member. Tracy mentioned that Sarah had reached out to her about renewing her dental hygiene license. Sarah was going to let it lapse and retire from the two days a week she worked, but she changed her mind and decided she really wanted to continue working. Well, I just had to meet this woman, and I am so glad I did. As you’ll see from reading the interview, Sarah was ahead of the curve—and still is in many respects.

Jensen: Tell me about your family background and childhood growing up in Rockford, Illinois.

Tarara: My parents came to the United States from Italy after they were married in 1926. I was one of four girls. I have two older sisters. One is 91 now and living with Alzheimer’s. The other, who would have been 92, died from natural causes. My younger sister is 75. I was kind of an “only middle child.” My mother and father were very, very protective of their daughters.

Jensen: Can you elaborate on that?

Tarara: For everything we would do, we had to be so careful. We might get hurt! I never rode a bike. I would wear one roller skate and skate downhill near our house. That way I could stop easily. It was quite a sight to see.