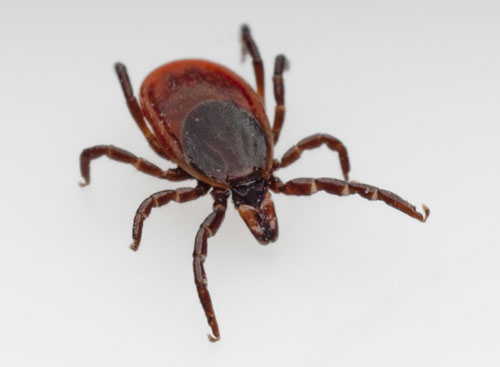 Recognizing the signs and symptoms of Lyme disease

Recently, a patient walked into my operatory with bright red knees and a rash of round blotches on her arms and legs. I took one look at her and asked if she had been tested for Lyme disease. She told me how she had gone to the walk-in clinic the week before with a crushing headache and fever, tested negative for Lyme disease, was told the cause was probably viral, and was instructed to take ibuprofen or acetaminophen.

When the rash appeared a few days after that, she went to her primary care physician who diagnosed her with hives, putting her on prednisone and loratadine. “I’ve had hives,” my patient said to me. “These aren’t hives. They don’t itch.” I told my patient that Lyme disease is endemic where we live in upstate New York, and the test is unreliable in the early stages of the disease. I urged her to go back to her doctor.

As dental hygienists, we are partners in our patients’ whole health, and sometimes the red flags we see have nothing to do with their teeth. In the case of this patient, the first red flag I saw was her knees. There was something abnormal about how angry and inflamed they appeared. Swollen, painful joints are a sign of Lyme disease.1 The second red flag was her rash. The classic presentation of erythema migrans, the rash associated with Lyme disease, is the bull’s-eye lesion. An estimated 27% to 80% of Lyme disease cases present with a rash,2 and some people get an atypical rash.3 My patient’s rash was not the classic bull’s eye, but it was suspicious enough for me to ask more questions.